As humans we all like affirmation and validation of our work. I think this is especially true as instructors. We like to see what we’re teaching be readily applicable in real-life scenarios and specifically contribute to saving a life.

The Arborist Rescue class has been a hit so far. Some of the feedback we’ve gotten has emphasized how valuable working with actual arborists has been. In developing this class, Shawn, with Emmons Tree Service brought his ‘A’ game and certainly this class would not be what it is without his team. We’ve run two classes recently here in Connecticut with students from the tri-state area. This two day course is really tailored to give the professional rescuer first hand exposure to arborist systems, climbing techniques and size-up considerations coupled with an progressive methodology to safely and efficiently access an injured arborist and determine their ability to perform a rescue.

After recently completing our class, two Fairfield (CT) Fire Department members had the opportunity to put their skills to use with an arborist who had become pinned up in a tree, successfully rescuing this trapped individual. 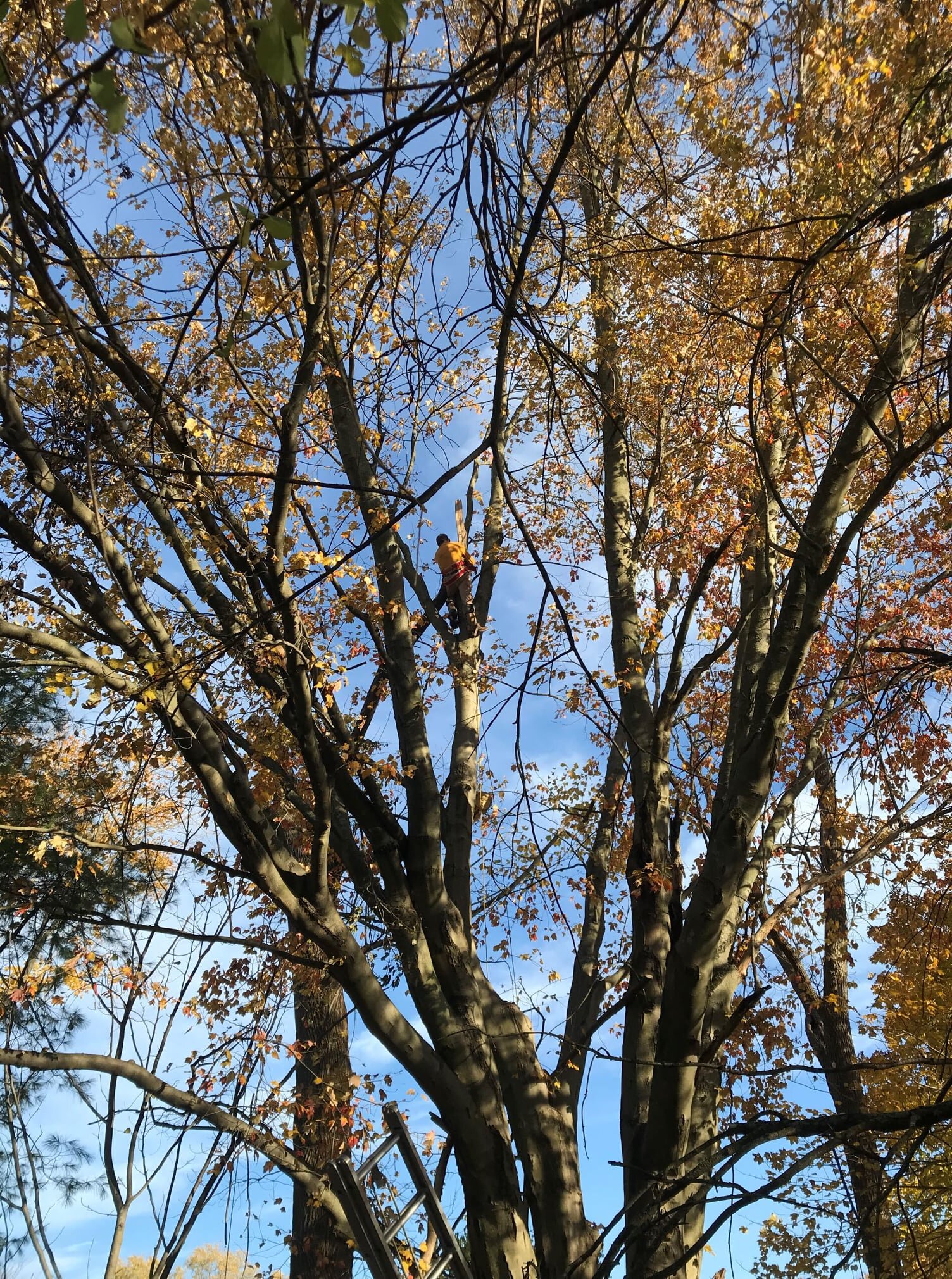 At 2:12 PM on Saturday November 7, 2020 the Fairfield Fire Department received the report of 2 tree workers trapped in a tree behind 85 Beacon View Drive. One of the tree workers had been working to remove a large limb from an adjacent tree when the limb dropped suddenly, crushing his leg and trapping it between the fallen limb and the crotch of the tree. The second worker had climbed the tree to assist his fellow worker, but was unable to reach him.

Fairfield Firefighters arrived on scene and assisted the would-be rescuer to safety. The worker trapped in the tree was in a high, difficult to reach location complicated by branches other debris blocking rescuers access. Fairfield firefighters used chain saws to clear away branches and gain access to the tree. Once the base of the tree was cleared they used portable ground ladders to gain access to the victim. Due to the height of the tree and the difficult access, Bridgeport FD was requested to respond mutual aid to assist with the rescue. They responded with Rescue 5, Ladder 5, Safety 1, and Battalion 1.

Fairfield Firefighters Frank Zwierlein and Rich Bassett, who had recently attended a special “Arborist Tree Rescue Class” applied the knowledge learned to construct a special haul system they used to lift the heavy branch that trapped the climber’s leg and also to secure the climber to a rescue harness and belay him safely to the ground. Fairfield Ladder 2 was used to gain access to the victim and secure the high point anchor used to lift the tree branch and rescue the victim. Bridgeport and Fairfield Firefighters worked together seamlessly to support rescue operations and safely remove the victim from harm.

“This was not our typical rescue. This was a low frequency high risk rescue complicated by the height of the victim in the tree, the size of the branch trapping his leg, and the limited access afforded to rescuers. The specialty training that our firefighters had received prior to this incident paid huge dividends in safety and efficiency. The professionalism and teamwork demonstrated by members of both departments was exemplary. My sincere thanks and appreciation to Bridgeport FD for their help with this difficult rescue, and to our Fairfield Firefighters for a job well done.” 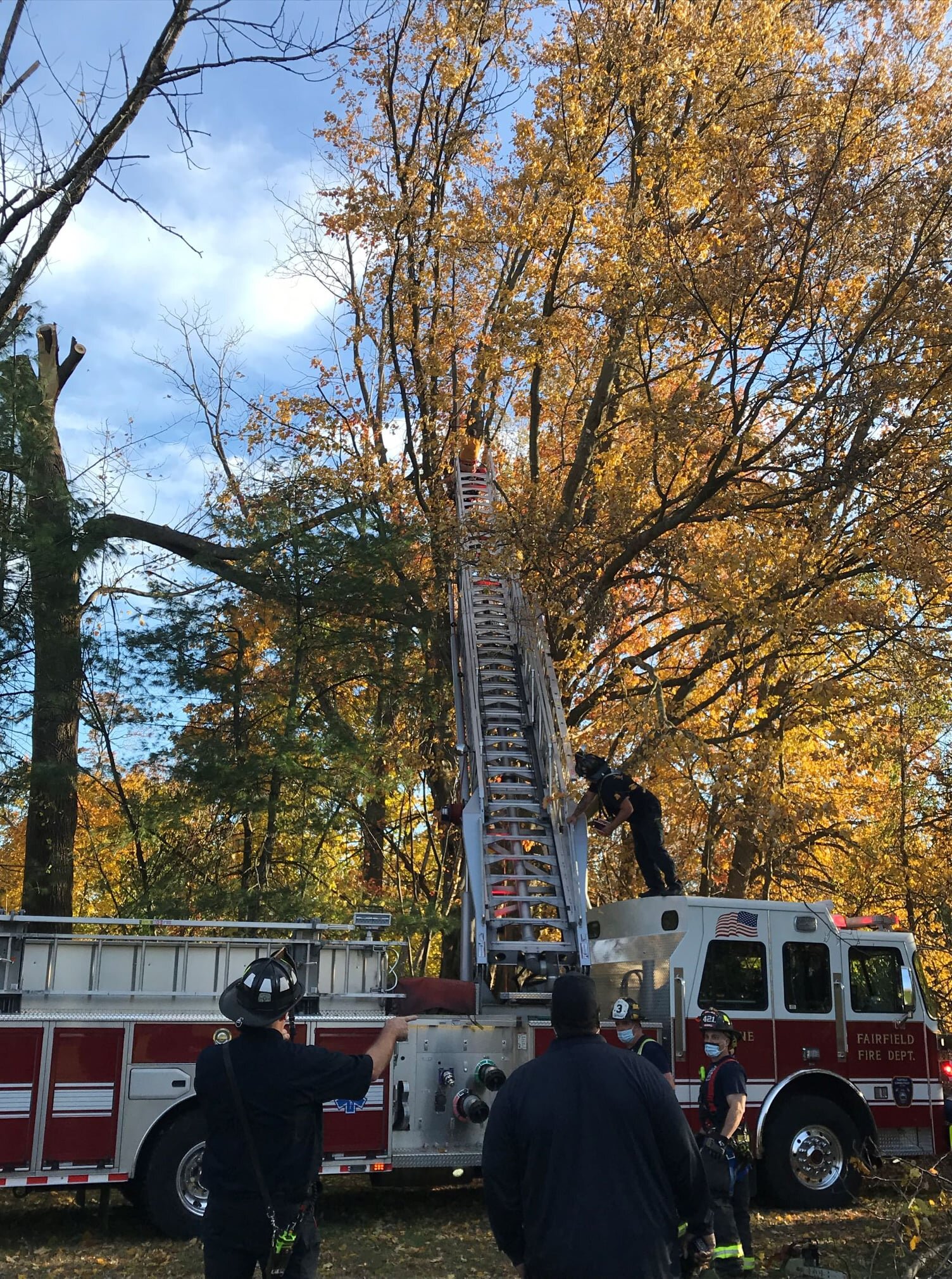 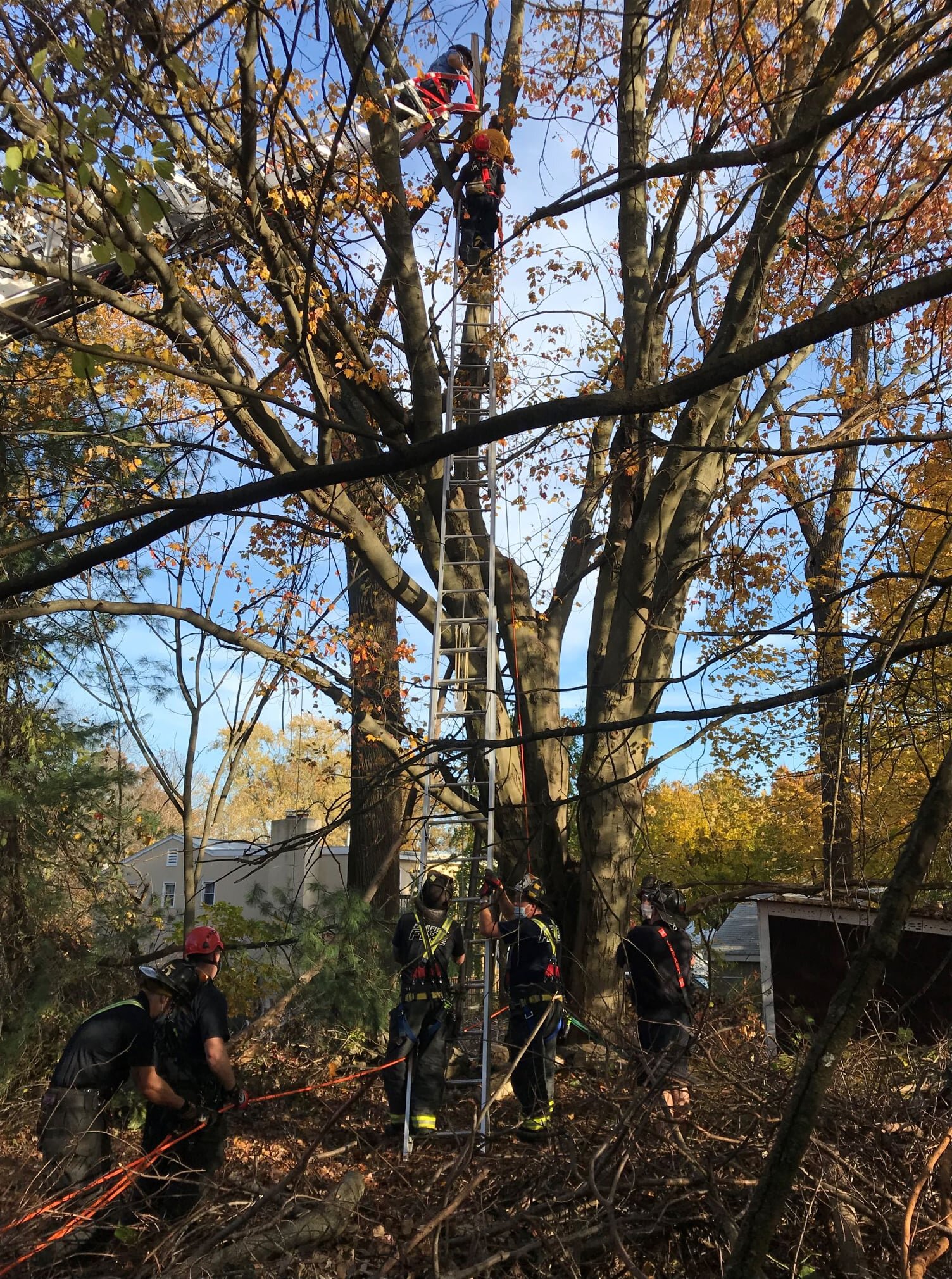 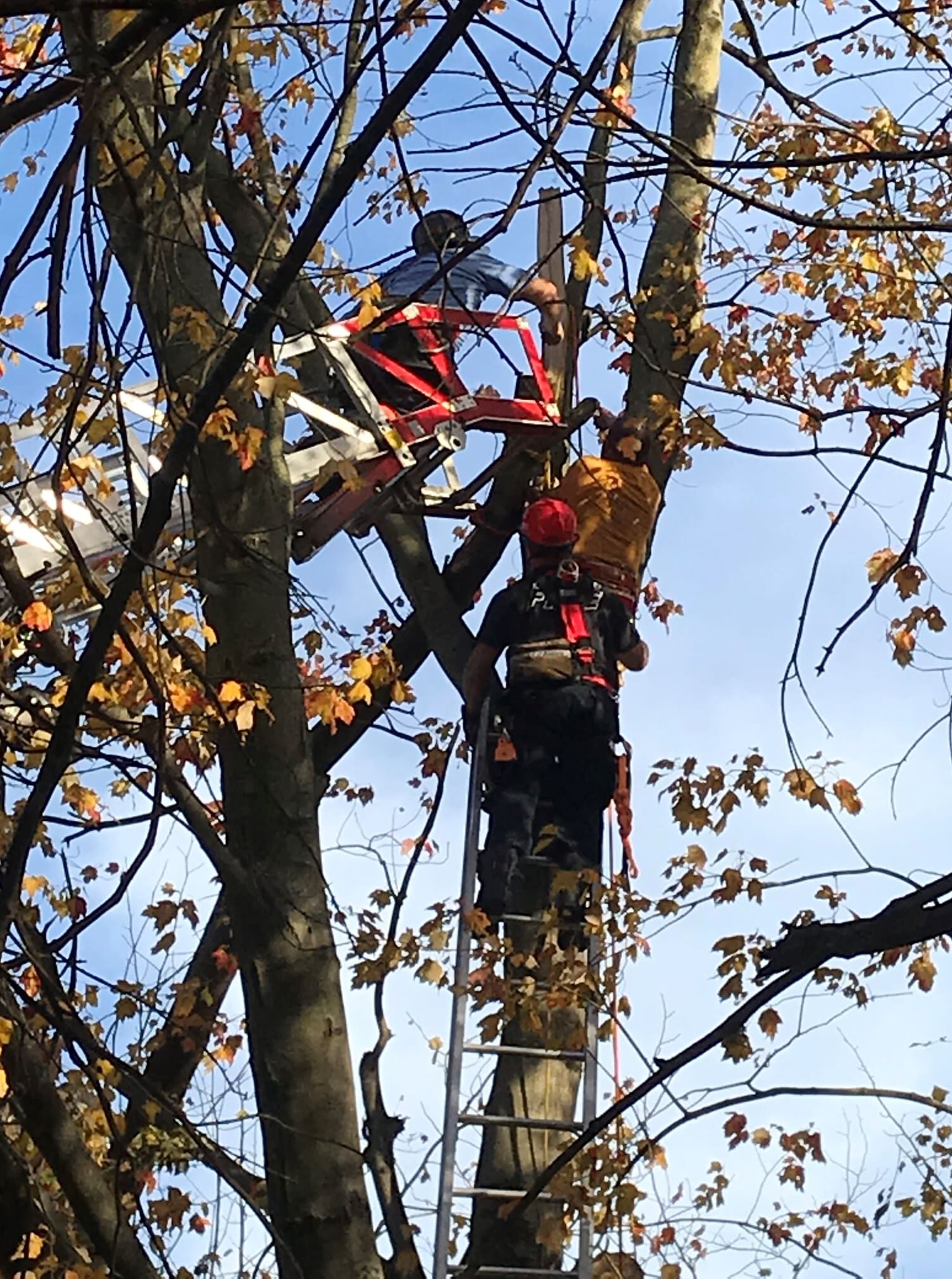 As the Chief stated in the press release above, this was a “job well done”. As Vector Rescue we are humbled to have played a small part in the successful outcome of this rescue. Validation is not always immediate, especially in the ‘high risk, low frequency’ environment which most fire departments operate, but stay the course, it will happen.

All photos curtesy of the Fairfield (CT) Fire Department.